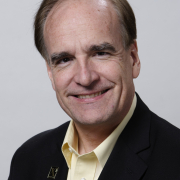 Gregg Maryniak is one of the principal architects of today’s commercial spaceflight revolution. His work in space and the global transition to zero-carbon energy has been recognized around the world. While it has become fashionable in the technology and business communities to advocate literal ‘moonshots,’ Maryniak has seeded a host of actual moonshots and spaceflights during his career as an executive, program manager and educator.

Gregg Maryniak is the Co-Founder of the XPRIZE Foundation and its original Executive Director. He is the Foundation’s Corporate Secretary and a member of the Board of Directors and the Board of Trustees.

Maryniak is an Associate Fellow of the American Institute of Aeronautics and Astronautics. He received Russia’s Tsiolkovsky Medal for his work on the energy and material resources of space. He was awarded the Space Frontier Foundation’s Vision to Reality Award for starting the Lunar Prospector Team which chemically mapped the Moon and first discovered the hydrogen present in billions of tons of ice and other frozen volatiles at the Moon’s North and South poles. He has testified on energy and space technology before the United States Congress and the President’s National Commission on Space.

He was Chief Executive Officer of the Space Studies Institute of Princeton, Senior Scientist at the Futron Corporation, Vice President of the St. Louis Science Center and Director of the James S. McDonnell Planetarium. He co-founded the Chicago Society for Space Studies in 1977. An Associate Founder of the International Space University, he served as a member of the Board and a Managing Director of the University as well as a department chair teaching such subjects as orbital mechanics, robotics and space resource utilization. He created ISU’s International Space Power Program which built global partnerships to develop and demonstrate advanced wireless power transfer technologies. This project culminated in the first energy transfer between spacecraft in 1993 with the launch of a joint Japan-US experiment called METS for Microwave Energy Transfer in Space.

He served on the Director’s Council of the Scripps Institution of Oceanography and is the Vice Chairman of the Charles and Anne Morrow Lindbergh Foundation. He co-chairs the Space and Energy/Environment tracks at Singularity University.

A commercial pilot and Certified Flight Instructor, Maryniak lectures on risk mitigation both in aviation and in the business world. Gregg served as the program manager and Flight Director for Erik Lindbergh’s 2002 New Spirit of St. Louis flights from San Diego to St. Louis, New York and Paris. He is a representative of the Federal Aviation Administration’s FAASafety Team. He received the Saint Louis Flight Instructor’s Association’s James G. Byrnes Aviation Excellence Award in 2006.

His book, Fearless Experiments with Microcomputers, which introduces youth and adult audiences to the exponential technology of microprocessors, was published in 2017.

Since 1980, he has provided presentations on innovation, risk management, spaceflight, energy and related technology and policy issues to hundreds of corporations, museums, planetariums, universities, governments and other organizations around the world.

The most exciting and rewarding business and life opportunities often exist beyond the threshold of our risk comfort zones. Managing risk is a crucial function for all business enterprises. High risk / high reward domains such as space and aviation provide useful, interesting and often surprising insights into risk mitigation, risk arbitrage and how enterprises can benefit from analyses of the risk paradoxes that pervade our modern world. Learn how we can benefit from the risk and risk perception lessons of the Covid-19 crisis. Explore examples of how triggering a change in public risk perception caused the rapid creation of entirely new business domains.

Our species is engaged in an urgent race against the clock. Will we learn to harvest renewable sources of energy in time to avert economic disruption and environmental catastrophe? Will our grandchildren inherit a world of abundance and freedom, or one of scarcity and regimentation? Explore the challenges and opportunities in the energy domain in this presentation.

Energy is the key challenge of the 21st Century. In this introduction, we’ll consider the role of energy in solving the world’s major challenges. The magic quantity of electricity needed to achieve reasonable human development will be revealed. We’ll look at the two major sources (and one minor source) of energy that ultimately supply all of the Earth’s energy. Trends in energy consumption in select devices now enable some of these device to be powered by energy harvested by the environment and we will look at these techniques. The ethical questions posed by the tension between energy needs and environmental quality will be raised.

The ability to transport energy is a key alternative and adjunct to energy storage and an essential capability if renewable and sustainable energy systems are to replace legacy fossil fuels. This session examines the often hidden networks that supply much of our present energy and the breakthroughs that will enable the energy networks of the future.

What if almost everything you learned about space and spaceflight was wrong? If you are older than 20, that is almost certainly the case. Forget about Antarctic-style Moon and Mars bases or the notion of using the Red Planet as a “Plan B.” The good news is that we now know that the energy and material resources that surround our island Earth are the key to physical abundance and can provide the means to repair our precious biosphere. Learn why Jeff Bezos is spending a billion dollars a year of his own holdings to open space. Hear from faculty who have led the movement now rapidly disrupting both commercial and government space activities.

Civilization is engaged in a race against time to convert its present energy systems from those based on ancient solar energy stored in fossil fuels to sustainable low carbon and zero carbon energy production, storage and transmission. Can we win the energy race in time to avert climate disruption? Can we have continued economic growth without increased carbon emissions? Who will win the estimated $90 Trillion that the UN believes will be spent on the energy transition over the next 15 years? Consider these topics along with a review of the latest disruptive energy technologies.

The Seven Secrets of Energy Storage

Many experts believe that renewables such as solar and wind are unlikely to supply a majority of the Earth’s energy needs unless economical, large scale energy storage can be achieved. Storage can also greatly enhance the strength and stability of power grids of all sizes. This session will review the present and potential ways that energy storage can be realized.