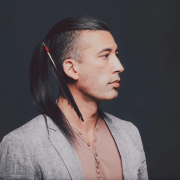 Edward’s advocacy for self sovereignty and putting an end to structural violence stem from his upbringing under severe economic hardship in Jersey City, NJ. As a teen, he quickly excelled in the classroom, enabling him to skip grades, take college courses and win young and gifted awards. After graduating from University of Hawaii, he moved to NY to help his father build a boutique accounting firm, which quickly scaled under his management.

When the financial crisis of 2008 hit, Edward was left jobless and broken. On top of the crisis, he suffered a devastating personal tragedy that led him to buy a one-way ticket to Hawaii with the last hundred dollars to his name. He spent the next few years in Hawaii surfing, meditating, working odd jobs and nurturing his passion for economics and Eastern philosophy. And then in 2010, he discovered Bitcoin.

His obsession for cryptocurrency and blockchain led him to start hosting adhoc crypto meetups in his Honolulu home, quickly growing in size every week to listen to Edward’s analysis and insights on the crypto markets. From 2013 to 2016, Edward slowly built an impressive crypto asset portfolio, contributing early in 18 of the top 20 ICOs of all time.

As his knowledge of cryptoeconomics grew, Edward began advising governments and some of the earliest digital asset funds. He consulted for the consulate of Hawaii and helped build the state’s first Bitcoin ATMs. In 2016, Edward began assembling a team of proven technologists, designers, and engineers who could build solutions addressing the systemic problem of structural economic violence. The solutions are called Anatha.io, a toolkit of decentralized financial and social applications with native digital rewards that enable a regenerative economy.

“Imagine a world in which 100% of our fellow humans were fully self-actualized. How tremendous a market opportunity would that create for us as a species and for us as individuals.”

Crypto – What it is and how it will change everything

Democracy and the Blockchain

The Future of Cryptocurrency