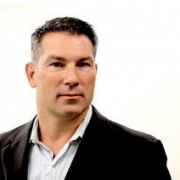 Pat Scannell is among the world’s most experienced technology strategists. He builds and leads the strategies, products, ecosystems and operations for some of the most complex emerging technologies, and has served as a leader or advisor to scores of industry initiatives across the 5G/Mobile, IoT, big data, connected car, smart grid, cable, artificial intelligence, defense and homeland security domains. He has addressed audiences as an invited keynote speaker at events as diverse as NATO, numerous academic and industry symposiums/conferences, and multiple TEDx talks.

His current work is focused heavily on 5G; clients have included – multiple projects for the US Government; one of the world’s leading 5G network Infrastructure OEMs, the world’s most sophisticated real-time data analysis platform, and numerous venture-backed startups in sectors as diverse as mobile education to nuclear waste processing.

In a previous role, Pat was one of the first employees at a Google-backed joint venture that was acquired by Softbank in 2013 for $13.5 billion; in that role, he led the world’s first 4G global ecosystem, working closely with most of the Fortune 100 CTOs/technology innovation teams to assess and implement the disruptive impact of 4G on numerous sectors, including smart grid, payments, connected auto, media, gaming, IOT, manufacturing and AI.

Pat currently serves on the board of advisors to several NGOs, including the world’s leading cybersafety organization, and an IEEE working group. He has been the lead subject matter expert on a number of projects commissioned by the United States Government, including the 5G global strategy, Future of Work, the Future of Manufacturing, and Artificial Intelligence as a Threat Vector on US Homeland security. He has also founded two makerspaces, and is a recognized leader and expert in the maker movement, a social movement that is disrupting the manufacturing/innovation space.

In 2005 he was named a Marshall Memorial Fellow and traveled across Europe meeting with a number of world leaders in government and NGOs to discuss the current and future state of Trans-Atlantic issues. Pat has worked in numerous commercial and academic projects across the globe, with experience in the Americas, Europe and Asia.

Academically, he is the world’s foremost scholar on the effects of technology on cognition, and is deeply focused in the intersection of neuroscience and emerging technologies. His two-book series, The History of Thought: The Co-evolution of Technology and Cognition, is expected out next year, and he has been actively working with leading scientists around the world on his 3rd book – the Future of Thought.

Are You Smarter than Your Technology

The Future of Human Thought