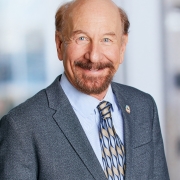 John has dedicated his career to improving the health of all communities through clinical practice, public policy and health information technology. He practiced in seven different fields of medicine, co-led the digital transformation of healthcare at Kaiser Permanente (co-led EHR and telemedicine deployments), and co-founded the international XML standard for health data interoperability.

He has served on numerous policy committees at state, federal and international levels, and is active globally as a keynote speaker and consultant in Health IT Policy. He co-chaired the eHealth Workgroup of the Global Alliance for Genomics and Health (GA4GH), is a senior advisor to the X-Prize for several prize contests, including the Tricorder and Sensing prizes, and has actively mentored hundreds of digital health startups.

John has published extensively, including “Perspectives” in Nature Medicine, and written book chapters on issues as diverse as ‘Privacy and Genomics’, ‘Innovation and IOT’, ‘Future Roles in Healthcare’, and ‘Future Innovation in Health IT’. He is co-editor of the second edition of the definitive McGraw Hill textbook, Health Information Technology, (rated by Amazon as one of the top books in the field).

He has received various national awards for his work. He is a vocal advocate for person-centered care, patient engagement, community-based health and wellness, addressing inequities in healthcare, and has contributed extensively to nine landmark reports. He is currently on the advisory boards of several not-for profit philanthropic organizations, including The Peace Studio, Kriya Art Foundation, and the Simms-Mann Foundation. He is on the advisory boards of a dozen health technology companies, and chairs the Health Technology Advisory Board for Arsenal Capital.

John has been an active contributor to state and federal policies associated with the Covid-19 pandemic, and is convinced that the pandemic represents an inflection point in the course of humanity towards a more collaborative compassionate and mindful future. He summarizes his strategic passion as “Using modern technology to restore empathy and ancient wisdom”, creating a “Behavioral Symphony of Wellness” to motivate individuals along their personal journeys to health, wellness, happiness and resilience, and ‘social equity by design’. He is faculty at Singularity University and has taught at numerous universities, including Stanford, UCSF, UCSD, UCB, UCLA, USC. He has taught physician leadership courses at UCSD annually for the past five years.

John has been an active member of the “People Centered Internet”, which was founded to advance access to the internet for the betterment of disadvantaged communities globally. He is also an active member of the advisory boards for AI World, Founders Forum London, and the NIH funded “Ethics and Policy for Creating a Medical Information Commons” for the Precision Medicine Initiative. Board memberships include the eHealth Initiative, the national governing body for health data interoperability. He is also an active member of the AMA Digital Medicine Payment Advisory Group (recommends new billing codes for digital health and telemedicine). He has actively contributed to facility design throughout his career and has keynoted or spoken to the American Healthcare Architects Association at three of their recent annual meetings.

In his spare time he loves to spend time with his family, including two golden retrievers, and surfs whenever he can.

Creating a data resource: what will it take to build a medical information commons? Report of the NIH sponsored Policy and Ethics Advisory Board for Precision Medicine. Genome Medicine 2017 9:84

Facilitating a Culture of Responsible and Effective Sharing of Cancer Genome Data May 2016, Nature Medicine

2012  HIMSS level 7 designation for every KP hospital in SCAL

Future Innovation in Health IT