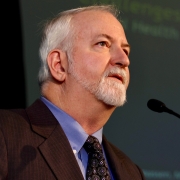 Eric Rasmussen, MD, MDM, FACP is the CEO of Infinitum Humanitarian Systems, a multinational consulting group based in Seattle. He is an internal medicine physician with undergraduate and medical degrees from Stanford University and a European Master’s degree in disaster medicine from the UN World Health Organization’s affiliate CEMEC (Centre European pour la Medecin des Catastrophes) in Italy. He was elected a Fellow of the American College of Physicians in 1997 and a Fellow of The Explorer’s Club in 2014.

Rasmussen is also a Research Professor in Environmental Security and Global Medicine at San Diego State University and has been an instructor in disaster medicine at both the International Disaster Academy in Bonn, Germany and the Institute for Disaster Preparedness at Tsinghua University in Beijing. He’s additionally the chief medical officer for Briotech, a biotech startup in Seattle, and he holds several other academic and industry appointments in disaster resilience, emerging infections, and global health. He has a special interest in climate adaptation for highly vulnerable populations.

He served in the US Navy for 25 years aboard nuclear submarines, amphibious ships, and aircraft carriers. His positions included Joint Task Force Surgeon (Forward) for the Hurricane Katrina response, Team Lead for the Banda Aceh Tsunami Response from the Office of the Secretary of Defense, Fleet Surgeon for the US Navy’s Third Fleet, director of an Intensive Care Unit, and Chairman of an academic department of medicine in Seattle.

While on active duty Dr. Rasmussen was selected as a Principle Investigator by DARPA, the Defense Advanced Research Projects Agency. His work, on machine-based language translation, civil-military support to humanitarian operations, and soft-power operations for the reduction of social unrest in conflict zones, led to his selection as Principal Investigator of the Year for DARPA in 2003. His wartime deployments included Bosnia three times, Afghanistan twice, and Iraq for nine months. Lessons from those deployments informed his Directorship of three international disaster response demonstrations called the Strong Angel series. Those events reproduced, in a remote setting, challenges faced by both civilian and military participants in both disasters and wars. Lessons from those events were later incorporated into civil legislation, DoD policy, and military training.

After retiring from the Navy he was appointed the Founding CEO for the TED Prize awarded to Dr. Larry Brilliant, then Executive Director of Google.org.

Since 2014 Rasmussen has also led the Global Disaster Response Team for the Roddenberry Foundation, supported by the Star Trek franchise and in partnership with MIT’s Lincoln Laboratories and Schweitzer Engineering Laboratories. That team has deployed to Supertyphoon Haiyan in the Philippines, the Nepal earthquake, Hurricane Mathew in Haiti, and three times to Puerto Rico after Hurricane Maria, and has ongoing work in Yemen, the Yucatan rainforest, and the Marshall Islands.

He’s a Senior Fellow at The Atlantic Council and at the Institute for Human-Machine Cognition. He’s also a Permanent Advisor to the UN Secretary-General’s High-Level Expert Panel on Water Disasters and has been a member of the US National Academy of Science’s Committee on Grand Challenges in Global Development since 2012. More at https://en.wikipedia.org/wiki/Eric_Rasmussen_(physician).

Global Health as an Exponential Opportunity

Biometric Identity for the Abused Invisibles

The Future of Sustainable Floating Cities