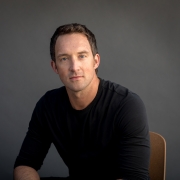 Brian Ferguson has spent his career working in high-performance organizations, learning from leaders and decision-makers in national security, the military, and technology. He has used those experiences to build Arena Labs, a company pioneering the field of High Performance Medicine

Before founding Arena Labs + Liminal Collective, Brian served in military special operations where he deployed to Afghanistan and various parts of the Middle East. Aside from his duties at the tactical level, he worked with senior leaders to understand the impact of accelerating technology on the modern battlefield. He built and directed the first innovation cell in undersea special operations, focused on human performance and emerging technology.

Prior to joining the military, he was a Presidential Appointee in the Office of the Secretary of Defense, focusing on US national security & defense policy-making. Early in his career, Brian worked in the White House managing Intergovernmental Relations for the Drug Czar, and founded The Global Trends Group, a political and economic risk analysis firm. Brian served on faculty at Singularity University in Silicon Valley where he worked with Fortune 500 leaders on challenges related to exponential technology and change.

Brian also co-chairs the Limits of Human Performance symposia at the Santa Fe Institute on Complexity and is a member of the Council on Foreign Relations. He received an MSc from The London School of Economics. He serves on the Boards of GenNext, Seatrec, and The Honor Foundation. He and his wife Lindsay recently returned to Cleveland, Ohio with their 18-month old daughter Wynnen Valentine.

Why Innovation? Exploring the trends behind the scramble to innovate, from medicine and elite sports to the military and business

Many sectors today are building “innovation cells” or unique entities focused on “innovation”. These are often accompanied by positions or titles such as Chief Innovation Officer. Yet few organizations step back and ask “why” innovation is suddenly such an en vogue topic and seemingly necessary for survival. This talk explores the trends driving the “rush to innovate” and traits of organizations and teams who are doing it best.

The Age of Precision: How technology is changing the way we think about risk, human capital, and building better organizations

In this keynote we explore how accelerating technology has created an age where “precision’ is essential in every discipline: precision-guided weapons, precision medicine, and precision nutrition. In all of these fields, a broader theme is allowing us to think differently about risk, to our own organizations and to outcomes, and that evolution of risk calculation has changed the type of people we need to attract in order to build organizations that can be effective in such an age.

As we look across cultures that are not just surviving but flourishing, in today’s world, there is a common trait: deep humility. This is not the humility that suggests a lack of boasting but rather, the humility that says “No matter how much we have learned, there is more to understand…”

That principle, when brought to life in a team leads to a culture of learning or “becoming a learning organization.” As change and complexity dominate the landscape of every leader, this simple evolution is the most powerful competitive advantage a team can possess.

The First Principles of High Performance

Science is rooted in first principles from which hypotheses and research are constructed. What are the first principles of high performance? Far harder to quantify, these principles are at the core of successful teams and organizations. In an age of accelerating technology, Brian argues that “The First Principles” have not changed but rather, been emboldened by technology.​

Taking A Step Back: How Technology is Changing Strategy & Leadership

Brian visits three key themes in this talk. First, what is the 21st century and how has the way we live and interact evolved? He looks at the impact of accelerating technology on global events, making the case that in a dynamic, unpredictable world “strategy” today is about building flexible, adaptive organizations. Second, Brian explores common traits of effective 21st century organizations that manage to be flexible and resilient in an unpredictable age. Lastly, he talks about the most important aspect of leading 21st century organizations – optimizing the potential of people within them.

Ethos: The Antidote to Disruption

In a world of dynamism and extraordinary change, many companies wrestle with where they are going. And for companies on the cutting edge of their industry, “where they are going” likely changes frequently. As the forces of technological disruption change a competitive landscape and how a team or organization operates, having roots or a sense of being tethered to a consistent set of values is paramount. ​As it turns out, whether in sports, the military, or business organizations grounded in an “ethos” — Greek for character — are able to embrace change while staying rooted in a deeper set of virtues and values for their mission.