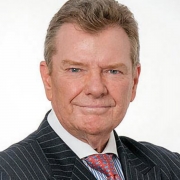 As a Leading Global Business Strategist, Brian Bacon has been involved in more than 30 successful corporate turnarounds and is the creator of one of the world’s most successful leadership development programs with over 200,000 alumni from 90 countries.

Brian is a pioneer and thought leader on the role of business in society; he is a former President of the World Business Academy in Washington; a visiting scholar at the International Institute of Labour Studies in Geneva and a member of the EU international think tank on Social-Cohesion. He was a special advisor in government reform to President Fox in Mexico 2000-2006 and was awarded the Presidents Innova Award in 2007. He has been an advisor to the Swedish Government for over a decade and was the leading consultant in the modernisation of the Swedish Ministry of Foreign Affairs; he is a special advisor to NATO and the Folke Bernadotte Academy, a Swedish government agency dedicated to improving the quality and effectiveness of international conflict and peacemaking operations.

He is presently advising the United Nations Department of Political Affairs in Strategic Focusing for prevention of violent conflict in international affairs. He is a celebrated speaker on the international circuit on the subjects of leadership, strategic focusing and the role of values in organisational transformation.